This story was submitted to Digg and made the frontpage yesterday before getting buried shortly after. I wrote a post mortem about the experience here. 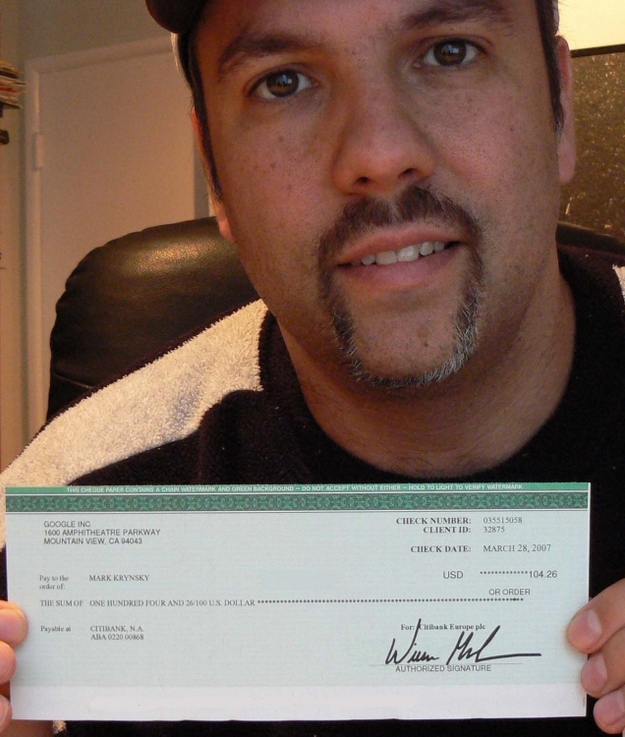 I recently got my first payment from Google for running Adsense ads. I never started this site with the purpose of making money, which was pretty hard to do in 1996, but thought it would be at least nice to recoup the hosting cost so I added Google ads a while back. In a somewhat cheesy (first dollar bill moment) I decided to take a picture of the check before depositing it. Little did I know that my check drafted from multi-billion dollar valuated Google.com would come bouncing back to me. And it looks like I’m not the only one either.I had gotten an email from the bank a few days ago about an item being held in my deposit. The deposit in question had two checks in it. One of the checks was my first payment from a company I had done some contracting for, and the second was from Google. I immediately thought that the small company had screwed me on my first payment, not even considering that the Google check was an issue. Luckily for me the Google check was very small compared to my other payment and was the item being held. I honestly started to laugh when I realized it and decided to call my bank to confirm. Sure enough the check was going to come back to me. Officially it didn’t bounce (but the headline sounds better eh?) but was actually drafted from an account that has since been closed. 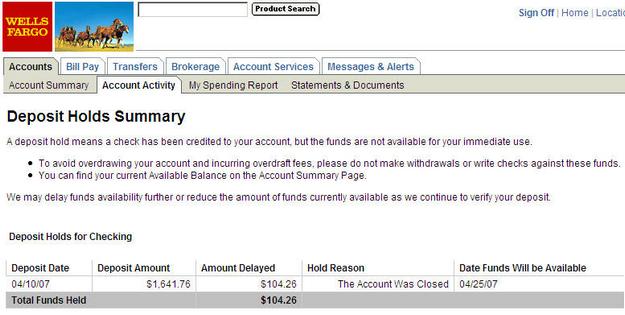 So I decide to contact Google to find out what was going on. First off it was pretty hard to find a way to contact them since there are highly visible “contact us” link anywhere to be seen. I had to click on “help” and then search for the word “contact” to then find a link to a contact form. I then sent an email on 4/12 with details of my issue and got a reply 24 hours later referring to me as “Kevin” (my name is Mark) and stating that the check had cleared on 4/11 which was obviously not the case. I have since replied telling them that they may have confused me with someone else (a possible cut and paste snafu…especially if this is widespread) and asked them to look into it further and get back to me. No word yet but this is a bit entertaining and I thought I’d share.

Update 4/16/07: I was contacted by Google today stating that they had received a handful of reports regarding similar issues and in each case the problem was resolved by the bank within 24 hours and suggested I contact the bank directly and provided me with a direct phone number for a representative to provide to my bank. I then contacted my bank, but they weren’t willing to pursue the matter any further and let me know that the check would be returned to me and that I would have to request another payment directly from the issuer. I’ll keep you posted on the next update.

Update 4/27/07: Today I logged in to my online banking and noticed that there was no longer a message regarding the check being on hold. So assuming it had been mailed back to me I called my bank to confirm. When I got a representative on the phone he had to do a little research but found out that the issue with the check had been resolved and the funds were now in my account. He stated that the problem occurred based on an automated response from Google’s bank account that occurred in error and which in turn they resolved. My bank representative said that this is rare and that he recently had spoken to another client who had the same problem. So kudos to Google customer support who were responsive and offered a method to correct the issue, even though my bank didn’t want to co-operate initially, the problem was resolved on Google’s end. This was an interesting experience which won’t be happening again since I have since switched to direct deposit.

38 thoughts on “My Check from Google Bounced”