Last Friday on FriendFeed a meme of sorts was started by user Spidra Webster (as far as I can tell) whereby she listed “25 things you may or may not have known about me” and called out for others to do the same. This has taken off faster than a California wildfire over there and I love the idea. It has proven to be a great way to learn much more about users beyond what you gain from their usage of the service. I found it to be an interesting exercise that I thought was a great idea to add here.

So without further ado. Here are mine:

1. I was born in Skokie Illinois (a small suburb just outside of Chicago)

3. I’ve been happily married for over 12 years to my beautiful wife Esther and have 2 children. Jaclyn is 8 and Alexnader is 10 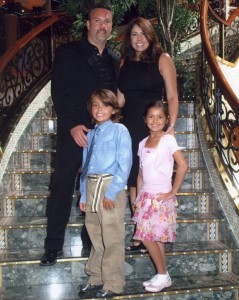 4. I’m a first generation American with parents from Argentina

5. I lived in Argentina for a few years as a child after my parents got divorced

6. When I returned from Argentina in 3rd grade I didn’t speak english too well but by the end of the year won a spelling bee. I remember the winning word to this day. It was syllabication

8. My real last name is Krinsky but it somehow got changed when my parents entered this country and they never got it corrected (facepalm)

9. I was an oddity in high school. I played football and was a computer geek which was strange in the early eighties and made it hard for either athletes or geeks to identify with me

10. I was a very shy introvert in high school and avoided going to my prom even though I was asked to go by more than 1 girl

11. my Mom passed away a little over a year ago. She was a truly amazing woman. She was a highly regarded hair stylist and had many famous clients including Sean Connery 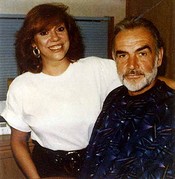 12. I have two brothers, both of which are cops. One in Los Angeles, the other in Phoenix Arizona

13. My goals for retirement are to live by the beach and travel the world

14. I have an extremely diverse love of music

15. My middle name is Albert. I know this will now be used against me and I’m ok with that.

16. I planned to major in journalism in college and wrote several stories that were published in the school paper. I later realized I couldn’t write about subjects I had no interest in and subsequently dropped out.

17. After dropping out of college I managed a few small computer stores and later made a decision to become a partner in one instead of accepting an offer to manage an Egghead Software store

18. I have a bit of an obsession with Charles Bukowski. I own more than 20 of his books and love the movie Barfly 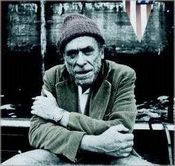 19. I was a partner in a successful computer store that specialized in selling Atari ST computers for midi and Atari Falcon’s for Cubase Audio 8 track digital audio systems. We had many great musicians as clients including Earth Wind & Fire as well as my favorite, Stan Ridgway

20. One of my favorite bands is Depeche Mode. I first saw them in the early 80’s at the very small Hollywood Palladium, then at the Rose Bowl and several other venues over the years

21. I’m not a fan of debating politics, religion or any other non-binary subject matter

23. I write poetry (although I haven’t written any in a looooong time). Much of it inspired by reading too much Hank (see #18)

24. I would probably give up Alcohol before I were to give up Coffee as I am useless in the morning without it

25. My first computer was a Commodore Vic-20 which I got for my 16th birthday