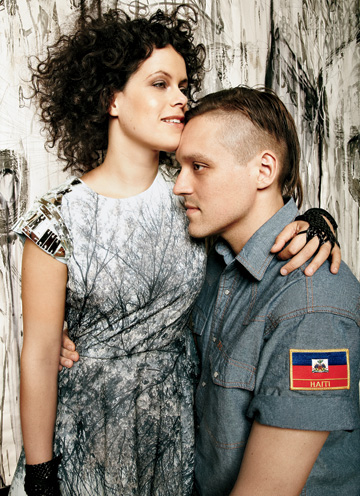 Régine Chassagne and Win Butler of Arcade Fire, photographed at the Hôtel Le St-James, in Montreal.

Because Régine Chassagne, whose parents escaped the brutal regime of François “Papa Doc” Duvalier and relocated to Montreal in the 1960s, was a passionate advocate for Haiti long before this year’s earthquake made it the celebrity cause du jour. because Arcade Fire, the band she co-fronts with her husband, Win Butler, began donating to Haiti with its first tour, in 2005, when a series of benefit concerts raised $22,000.

Just another reason to love this awesome band.